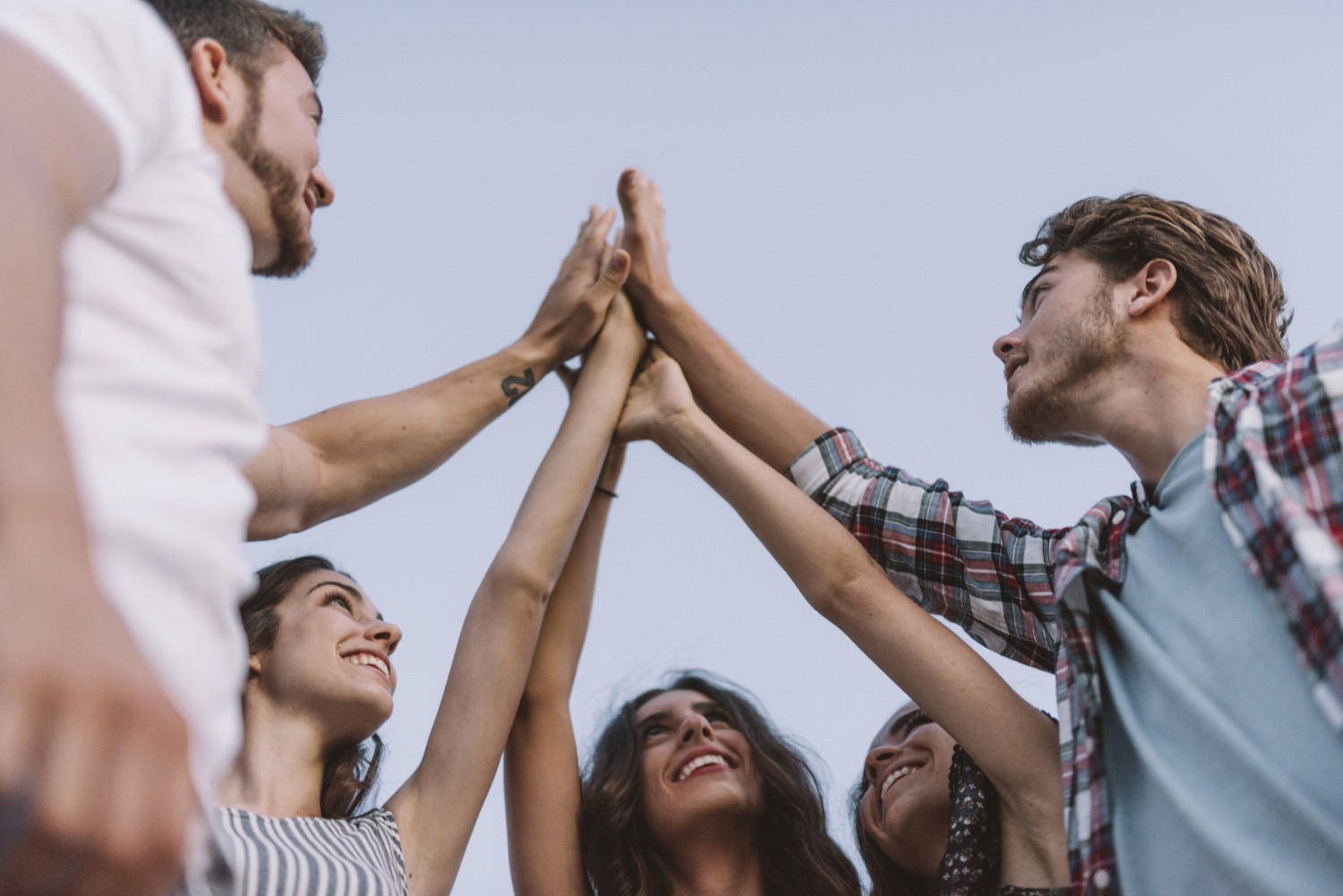 Together with other participants from  Germany, Poland, Italy, North Macedonia and Greece, they worked on creating a narrative for the young generation of Europeans, who will attach them to the idea of a common Europe and its values and prevent attitudes of confinement, isolation and mistrust.

They decided to share this experience with everyone by writing some TESTIMONIALS that could inspire other peers of their generation towards a more inclusive attitude.

At first, I was pretty scared, because it was my first youth exchange abroad and as a group leader. But then everything happened, we’ve met all of the guys, started chatting, talking about our lives and telling stories, and then I realised that it was going to be a very good and fun week.

My favourite part of Pillars of Europe was the city game. There were very interesting and fun tasks to do. It was mostly about interacting with the locals but nobody knew any good german in our group and that’s why it was somewhat of a challenge. But we managed and everybody was happy.

My experience was awesome because of the people I have met, so I recommend going on the youth exchange to everybody who wants to experience something new, have great memories and meet a lot of new and cool people, and see new parts of the world.

This project was something totally new for me. When I was sitting in the train, on my way here, I was really afraid of how it was going to be here, what people I would meet, what activities we would do or how I was going to communicate with them. But everything was more than perfect. People were very kind, activities were manageable, and even if I didn’t understand something, everyone was trying to explain and help.

This project not only helped me to be more confident with my language and to find new friends from different countries, but it also helped me in my personal life. I definitely want to go again, and I would highly recommend it to every young person.

For me this week in Berlin was one of the best weeks of my life, mostly because of the people we met. Everybody was always happy, always smiling and we really enjoyed it.

The thing that I enjoyed the most was probably the city game in Berlin. We spent the whole day in groups of people from different nationalities in Berlin doing some crazy activities, such as say german tongue twister in front of the cathedral and many more.

If you asked me if it is worth going, I would definitely say that you should go and enjoy the time with the new people you meet…

I liked this youth exchange because I think we had an interesting topic. I got the chance to meet some of the best people on this planet! I really liked the food (lasagna, pasta and stuff like that) and the dinners we had together because I felt like I could connect with other people and create new friendships. In the end, it was a great experience and I want to go to this kind of projects again.

As you can see, our young people had many things to learn about other cultures, about European identity and about how one can find a common ground despite our differences. They had fun, encountered people from different countries and made new friendships, but most of all, they have learned about themselves, about others and about the European Union in a non-formal context.

We believe that Erasmus + projects such as this youth exchange are a great opportunity for youngsters not only to develop themselves and experience new things but also to promote European values such as inclusion, trust and solidarity.