Afternoon with Mladiinfo and literature 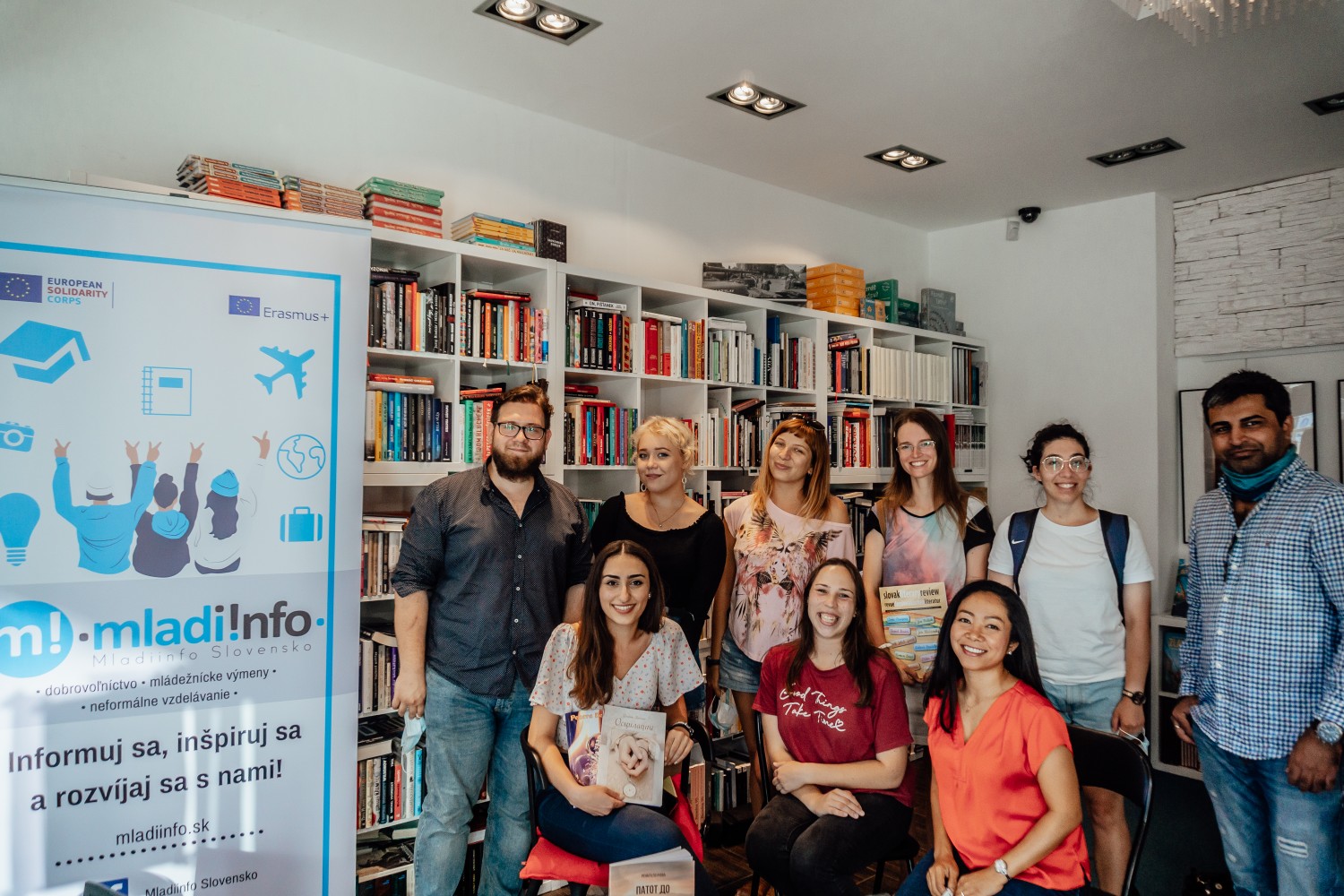 Art and literature bring people together. This really happened on 25. 8. 2020 in Knihy Lic in one of our event, organized by Renata Penchova. The main idea was to present her poetry and the poetry from the Slovak poet Adam Laták in English. Most people from the audience were foreigners from Estonia, Latvia, Thailand, India, Cyprus, Russia, Ukraine.

Renata Penchova was a CEEPUS student at Comenius University and during the summer, she was an ESC volunteer in Mladiinfo Slovensko.

Her idea and proactivity helped to organize this event and to present some of her already published books in Macedonian. Slavic people were interested in her poetry in Macedonian, so she read it in Macedonian for them.

Other invited guest was Adam Laták. He has graduated in Arts in Banská Bystrica in the field of film production; he also presented his manuscripts and talked about his books.

After the presenting, they started a discussion about advantages and disadvantages of online literature and books.

In general, it was a nice afternoon for sharing the idea of reading and the matter of literature with such a diverse audience.