There’s No Physical Difference In Sports 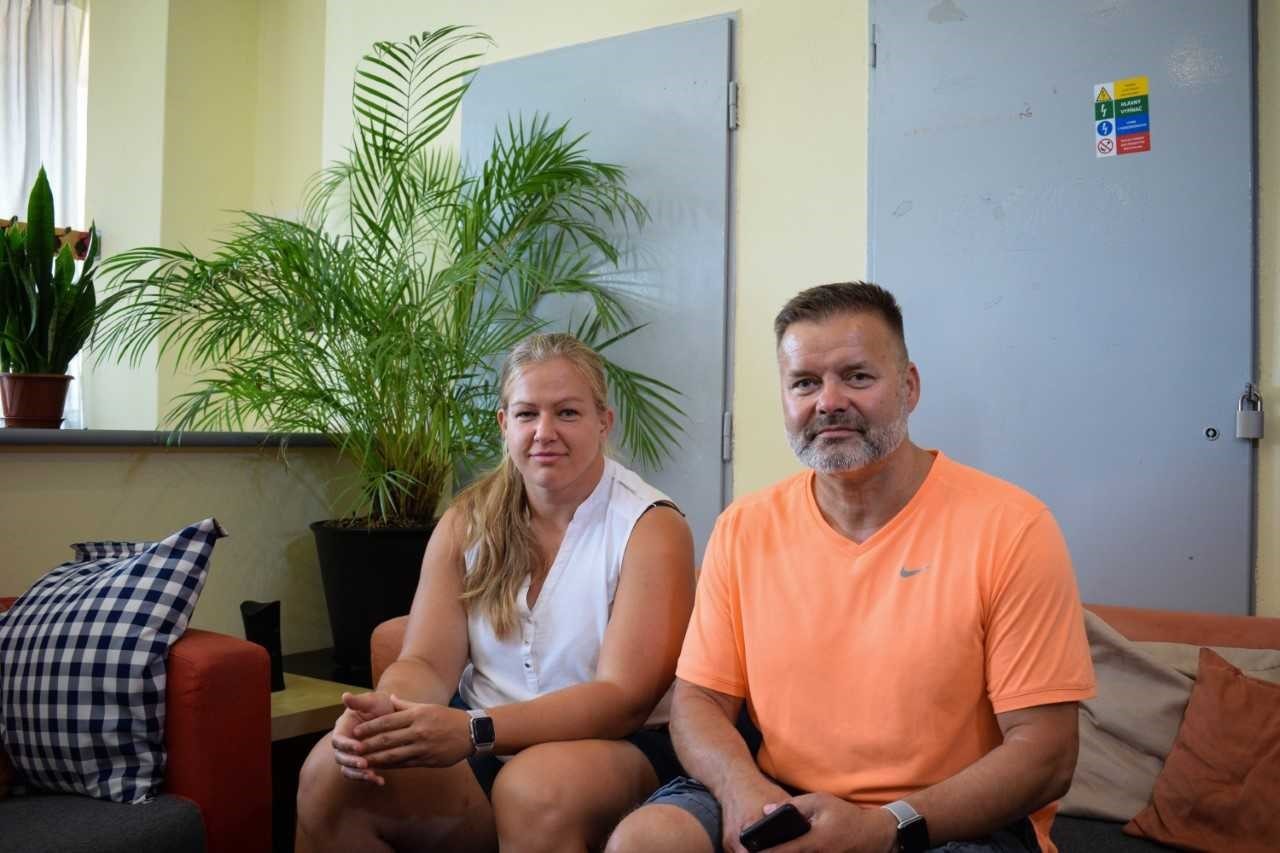 His name is Dusan Dedecek. He enters the room with a young woman by his side, Ivana Kristofovicouva. By using the sign language, he introduces himself and says – ‘Hi. My name is Dusan. I’m 56 years old. I will be using the Slovak version of sign language’ – He explains, constantly using hands articulations.

‘I studied at Faculties of Sport and I started being into sport when I was 12 years old’. He is training youth with a serious of different incapacities, including hearing disabilities that will take a part in championship in Trencin. – ‘I was trying to find my place at sports since I was a young man, and when I was 26 years old I found a job as a trainer’.

He explains how problematic it was to find a job he was looking for. He never truly felt satisfied.

‘I used to work at a nightclub as a DJ, but this job wasn’t really fulfilling. And even though, I was earning a lot of money I didn’t see any perspective in it.’

He felt the strong need of helping other people, and that’s how the opportunity to work with a youth with hearing disabilities came along his way.

‘I wanted to support youth to come to some level. Nobody gives them chance, even though deaf people can be as capable in physical sports, as hearing people. So, when I was 26 years old I started to work as a coach. My passion to sport was the main motivation for me to start this job.’ 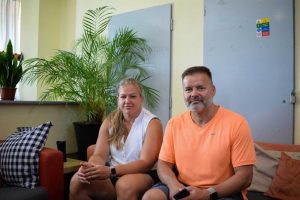 He tells a story in a very passionate way; his eyes are shining, and his hands movement is clear.

‘In a period of three years I started to coach girls that were preparing for the championship’. – It was the period of time when he had to work very hard in order to raise awareness about sports participating of people with hearing disabilities. – ‘After that there were certain circumstances that changed my path and I started to train badminton for youth with hearing disabilities.’

‘So, my career as a coach of people with hearing disabilities has began in 90’s’. – He has been working steadily as a coach since then.

‘There were different times then. It was very hard to succeed. I was working with these people [disabled] until 2001.’ – Since the moment he started to work as coach he has been working with many different groups. ‘There were just certain difficulties, which forced me to finish.’ –

Therefore meanwhile, along the way began to work with deaf people.

‘Systematically I became a coach of Ivana.’ – That’s where the girl who was sitting along his side for all this time gets introduced. She’s a championship winner of a sport called Shot Put. – ‘In 2011 there was a need to organise and find other members, which was necessary to get a financial support from the state for the championship. The required from us results came through, because of a very constant training and hard work and also because Ivana is a sports girl’. – He laughs. – ‘She was doing her best to reach the needed results.’

‘When we started in 2011 there was no support from the state. A year after that we got 3000 euro and then year after that I had to pay 10.000 euros from my own packet, which I eventually got back, but still….’

So, in order to make this whole thing happen he had to invest his own money, but at the end of the day it paid off.

There still isn’t much of a support from the state for championship like that. 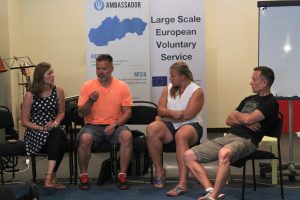 ‘If I had to say something at the way that I work with deaf people, it would be very simple. I don’t care about the disabilities, it doesn’t matter. It’s a physical sport and they are no worse than people with no hearing disabilities.’ (He takes a big pride of his young trainees.) ‘And all the hard times in getting things arranged was paying off to me in a way that all of us were really close to each other’. (He smiles)

‘In 30 years of my career as a coach, in 2004 I have managed to prepare a sportsman who was in Paralympics in Athens.  He managed to win a bronze medal in a wheel chair.’

Then he mentioned how his previous success inspired Ivana to be even better.

‘I consider it as the most valuable lesson and inspiration for her [Ivana]. In 2013 she won for the first time. She also holds the world record in this discipline.’ – His coaching of Ivana keeps bringing on new success – ‘It’s easier to reach higher but it’s very hard to stay on the same level, so I really appreciate the fact that she was able to become a winner also last year.’

Dusan then asks the public if there are any questions and in that very moment, I felt very intrigued and interested in their training, I felt compelled to ask him weather it’s harder for deaf people to train, how does their routine look like.

‘It is harder for them to understand the commends sometimes. Also, when something is hurting them sometimes, it’s very hard for them to explain where, what and how does it hurt. Communication in general is much harder. For example, when it’s time to start you clap for people with no hearing disabilities and they know it’s time to start, and unfortunately, it’s just not possible for deaf people. We have to sign. Some expressions they understand in a different way… Sometimes they are too shy to ask or say they didn’t understand the command. They simply don’t know how to express themselves.’

He keeps on talking, which makes me realize that the question must have been good.

‘While training with Ivana it actually took three years for us to perfectly understand each other.’

He starts to wrap up the whole meeting by saying:

‘Despite all the difficulties that we have to face, we are in it to win it.’ – He laughs. – ‘See you guys at Trencin’.

He smiles to everyone once again and then they leave the room. The official badminton championship begins 22nd of July in Trencin in Slovakia.