Inclusion And Promotion Of Diversity Through Dance 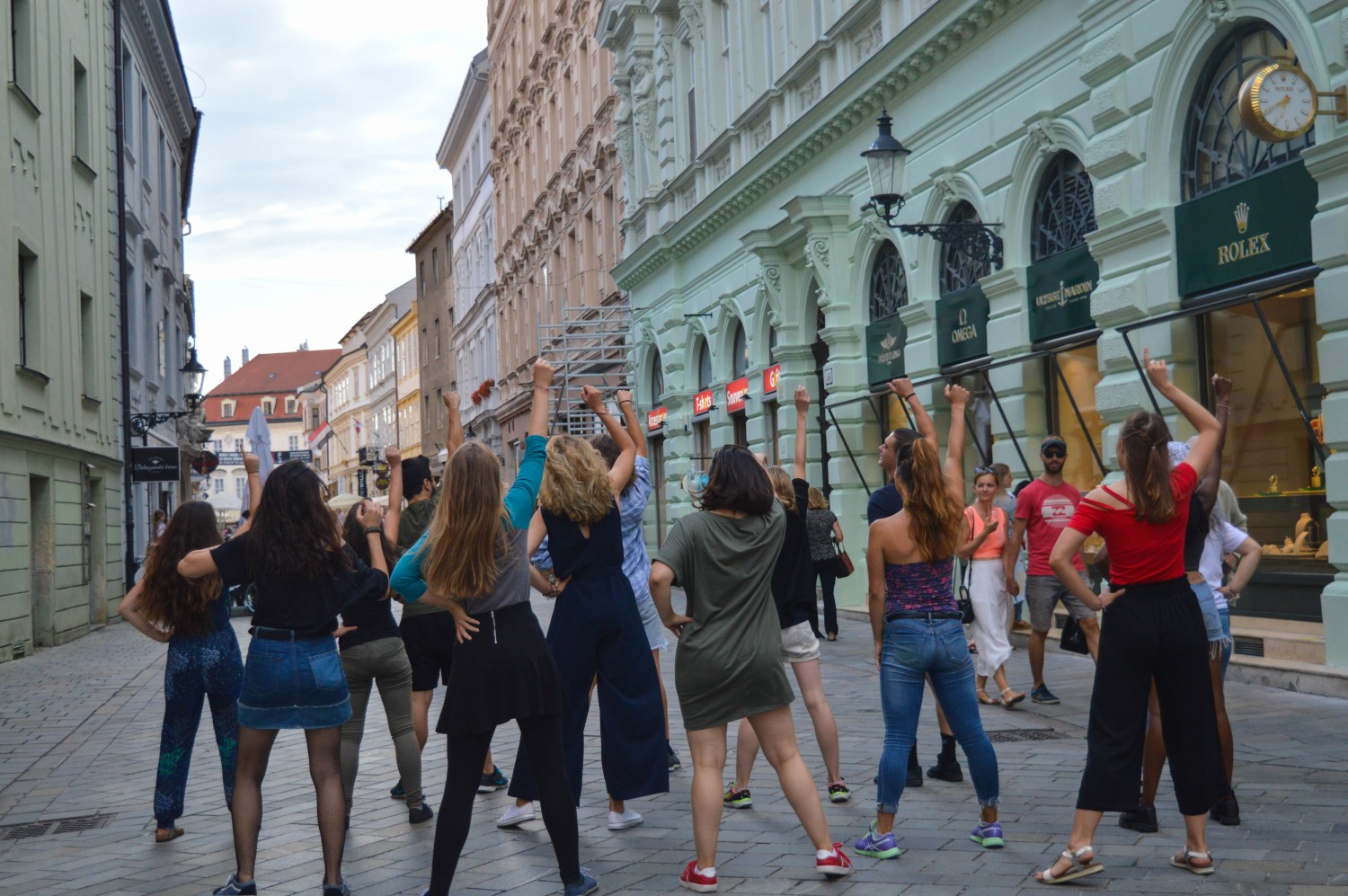 On the 13th of July 2018, young people, coming from different countries, managed to get the attention of Bratislava’s citizens with their extraordinary and fascinating dance. Flashmob is a new artistic way of catching the eyes of a population. This is a spontaneous decision of a person to start dancing at a public place and after that more and more people follow. This event was worth seeing and those that had this opportunity are the lucky ones. However, the main goal of this dance was not just having fun in the center of Bratislava, but also has its other important and interesting reasons behind it.

Those young people are EVS volunteers in hosting organization Mladiinfo Slovensko, who have decided to spend one month is Slovakia with other people, coming from other countries with the main idea to socialize, work together, create art, but most importantly help the society and the community to be more open- minded and positive. Thanks to Erasmus + which is a European program that aims to improve young people’s knowledge and skills to a higher level, these young people had the opportunity to participate in a project called ‘Sign for Media’ in Slovakia. These young people are enjoying their time together, while being part of an informal education program focused on Journalism and Media studies. This also means that while having fun, they are also developing their skills and confidence and employability.

The idea of the Flashmob, represents the goals of Erasmus+ and the EVS volunteers, which is to promote inclusion and diversity. People dancing together, despite their origin and background gathered together to show the world that diversity is beauty and yet everyone is the same human being and has equal rights with the rest of the others. Another very important point is that through this ‘flasmob’ the youth in Bratislava is supporting the fight against inequalities. What those young people are in favor of is inclusion and being able to start their personal career and development amongst others, despite their status, religion, age, sex, nationality and ethnicity.

Why exactly in Bratislava? The answer is the 1st European Youth Deaf Badminton Championship which is taking place in this small, but extremely beautiful country. Slovakia is hosting this great event with the idea to show the world how people with disabilities are as strong players as those without disabilities and even more. This amazing event will start on the 21st of July and will end of the 28th of July. It will be held in Trenčín, Slovakia and will be supported by these lovely and passionate young people which had the opportunity to observe while dancing in the sunny Bratislava.