How EVS Changed My Life 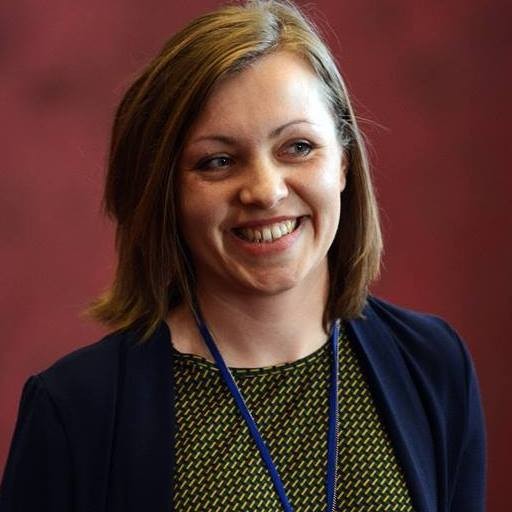 Ivana Petriskova is a 28-year-old project coordinator at Mladiinfo Slovensko currently running one of the projects of the organisation, Sign for Media. She’s sharing her experience on what it’s like to participate in these kinds of projects. She got fully involved in Erasmus+ programs 3 years ago.

When did your story/ adventure of Erasmus begin?

It started three years ago in 2015. I was finishing my school. I was studying European studies and International Relations and I didn’t really want to have “a regular job”. I was trying to look for opportunities. I knew about EVS before because my friend went for the longterm EVS in Georgia. After finishing my Master studies I have applied for a couple of projects and I got accepted for the one in Macedonia. My project lasted for nine months, however, I stayed there longer, for one and a half years in total. 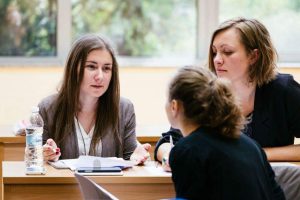 What were you doing in Macedonia after your EVS project had ended?

I got employed as a Web content & Marketing manager of MladiInfo International. They offered me a job because my supervisor had quit, so they had no other better option (chuckles).

So, coming from Macedonia, how did you end up being a project coordinator here in Slovakia?

There was a free spot right at the moment when I decided that I wanted to go back to Slovakia. I wanted to invest my energy into my home country (chuckles). The project coordinator back at that time was leaving, so I had an opportunity to join or to actually build a team here. When I have arrived to Slovakia there was only one volunteer and me and now we’re a pretty big group. What do you think? 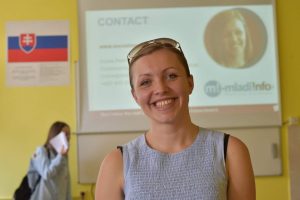 So how many countries and places have you seen? How many projects did you go to with Erasmus?

I do not see travelling to be my priority when It comes to Erasmus+ benefits.  However, travelling is a tool of learning and improving. This year I had a chance to go to East African countries – Uganda, Rwanda, Kenya.  And we also had study visits to Cambodia, Thailand because it is going to be the first time we will be sending the people to Asia for a short-term volunteering, so went to check on the hosting organisations, so it was a bigger adventure with Erasmus+.  These programs that are under the KA2,  so called Capacity building projects. Of course, I was participating in a few training courses for youth workers and coordinators as well, in the European countries mainly.

What was the place you have the best memories from?

Many places left memories in me. Most definitely Balkans, especially Sarajevo and Skopje for the cities.  For the countries, most recently, I would say also Thailand, simply because I could feel the respect of the people everywhere.  As for European countries, Portugal because people there have a great sense of humour and are very hospitable.

As for the youth deaf championship project. What do you feel about it? Why did you get involved?

So, this project was kind of co-created internationally. I was still in Macedonia when me and the team there were discussing the next projects. We wanted to go bigger with Mladiinfo in Slovakia. In Macedonia, three years ago, Mladiinfo International hosted championship volunteering for women handball competition and it was a very successful project, which is why it was suggested for us to try something similar in Slovakia and we thought that deaf youth championship would be a great chance. 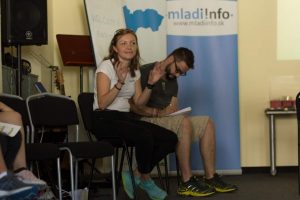 What are the goals of Mladiinfo and are there any other projects except for Erasmus+ that this organisation is organising?

MladiInfo Slovakia is just one of the branches of MladiInfo international. We work mainly with Erasmus but we also have a small support from the Ministry of Education. The main focus of our organisation is to function as an info centre for young people, so we want to spread the awareness about Erasmus+ programs in general, so we also organise projects in Slovakia, send young people abroad and try to contribute to the society through the values of volunteering, solidarity, supporting of disadvantaged youth from regions and also empowering young people in their personal growth.

What do you like the most and the least about your job?

I like that there’s a lot of creativity involved in my job. I love the fact that I can basically create my job from the scratch is the best part of it. I also like the feeling when I see what our volunteers are like when they first arrive and how are they like when the project is over, to see whether they developed. I can see the change in people… I honestly don’t know if there is anything that I don’t like about my job. It’s a very flexible job, which also has some disadvantages, such as sometimes you have to work during a weekend. Sometimes it’s just very tiring in a way that you have to think about your job constantly, as well as always being there for other people. I won’t say that I don’t like it but sometimes it’s just very demanding.

Who has written the project for Sign for Media and what were the acceptance procedures?

This project is directly applied to the European Commission. I have actually adjusted the content and my colleagues from Macedonia have helped me with a budget, the task that I am not so confident about yet. 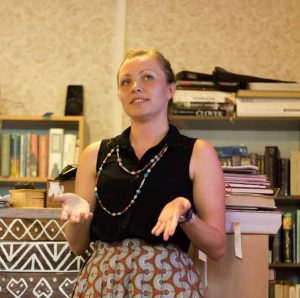 How much time does it take to organise one project like this?

To write it, it takes about one month to make it as clear as you want this to be. To organise the rest, it takes a couple of months before you open all the calls for volunteers, people apply, and you have to do all the interviews and arrange everything from accommodations, venues to the program, speakers, etc. You have to constantly talk to partners, try to get everything together.

Before you became a manager – Did you volunteer anywhere for the similar projects?

During my Master studies, I started to be very actively involved in non-profit organisations. I started to volunteer in the umbrella organisation, The Slovak Non-Governmental Development Organisations Platform and then I had one long-term internship for almost one and half year in the organisation called Partners for Democratic Change Slovakia (PDCS). I was kind of like between internship and volunteering because it wasn’t paid.

Is there any specific reason why you’ve chosen Sign for Media as the current project?

The community of deaf is specific in itself. This is my first experience with a deaf community. I am very impressed by them and even before applying for the project we discussed it together. They appreciated our interest. I was very happy about it and it motivated me to do it. As for the name ‘Sign for Media’, “Sign” is taken from the sign language and the rest is connected with Media (newspapers, videos, photo, social media) and I really like this double meaning.

What kind of results are you hoping for at the end of the project?

I just really hope that our volunteers will have fun and that they will learn new skills. Most importantly, that they will get to know about the importance of the inclusion, which is very important for me personally as well as a topic that should resonate more in our society. My own, very personal goal is also that this project will raise awareness of the deaf community in general and other vulnerable groups that we like to omit in Slovakia and talk about them.

Thank you for your time and good luck with the other projects.